Get fresh music recommendations delivered to your inbox every Friday.
We've updated our Terms of Use. You can review the changes here.

from They're Just Words by MADSHROOM MC 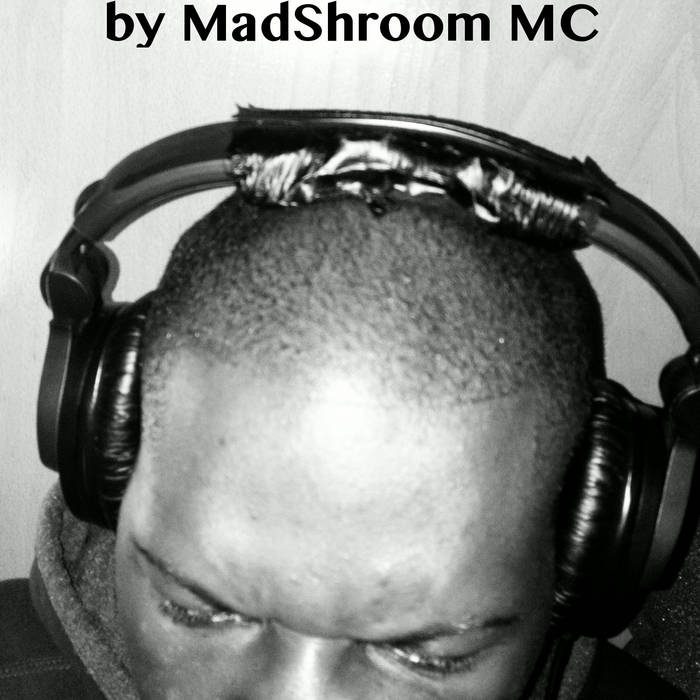 Gather round yall have u heard have u heard?
Kevin Neal Siplin is trippin
About of all things
the use of the n word
Now this makes me laugh hard
Harder than the curb cuz this absurd nerd has the nerve to be
Disturbed about a word that's been around
Since we've been observed discovered captured
Which ever one you find more clever
It's been longer than any y'all can remember
Now I've been up I've been down
I've seen many things and have heard plenty sounds
But no other word in the English language
Is more profound
Nigger
Or if you prefer it.
Nigga
How extreme the you can change what it means
By the simplest thing.
White cats can't wait to recite their favorite Tupac songs
Let it slip a couple times then make sure nobodies around
to look in my eyes to see if its wrong
are they?
Or my favorite their defending argument on why they get the pass to say it casually when they're around me. On that note what other word has the
Rules on who can and can't use it? Mexicans Asians can call me nigga but white people say it I'm supposed to beat him stupid.
Another favorite replacing nigga with ninja
You know damn well no ninjas in the temple practicing or listening to what your saying or any of your hip hop shit
so I do know whether to appreciate the effort or find it condescending.
Better yet my favorite saying.
When a close friend or a supporter address me to show that were damn near family. Is myyy nigga
See all my niggas down to ride for me
I'm down to ride for all my niggas
And a down or a real ass nigga is what u need to be
But its funny you go back a couple centuries
My Nigger was how they described us for property
My nigger
when we were essential tools in boosting the economy
I had a homie in conversation say that back then the slave trade days
they would pay top dollar for
Strong brother like me not sure if that was fucked up
or be taken for flattery
NAS infamous mc had to release an
Untitled lp because censorship
So he had a letter n scarred from whip
Lashing on his back bet u can guess
What the title was originally
Title track chorus n I double g e r we are much more but still we choose to ignore
The obvious we are the slave and the master what are you looking for
you are the question and the answer.
That's what's up
I appreciate the brother for this
But then three tracks later
He has a song comparing us to of all things roaches
Awesome
The main one that boggles my brain is why is there so much emphasis on cars called whips and our fascination with chains
its like its being engraved in my veins brother Africa Baambata said the Illuminati is using hip hop to control our minds through propaganda and keeping us in mental slavery
24 inch rims and a mouth full of stones more precious than our blood and bones to keep boosting the economy pffft this niggas crazy can you believe some niggas believe that shit I had some friends come over
And quote "why is it every time we come over to this nigga Neal house
We talk about religion space and science an shit. We can't just converse about regular nigga shit?" End quote. I have since then made my conversations more niggerish. But in all reality its so simple
Because the truth was told to me
By a band of niggas with attitude
And I quote
"its plain to see you can't change me
Cuz I'm a be a nigga for life."
Its plain to see you can't change me cuz I will be that Black Nigger For Life

from They're Just Words, released December 2, 2012

Born and raised in the evergreen pastures of Everett Wa outside Seattle.
MadShroom Mc is the cofounder of the Hip Hop collective Black Magic Noize, beat crew Filthy Fingers United, and the host of the freestyle competition The Lyric League.
for booking email:madshroom206@gmail.com
Trip Freely and Stay Filthy my friends. ... more